So, at long last, the new Land Rover Defender is here. It might have taken three years since the old one went off sale, but finally we have a successor to one of the most iconic cars ever to come out of Britain – indeed, one of the world’s best-known automotive icons.

Replacing such a car was never going to be easy. Would the new Defender be as rugged as workmanlike as the old one? Or would it be something altogether different?

Of course, the answer is the latter. And that’s prompted much wailing and gnashing of teeth throughout the automotive world. ‘It isn’t a proper Defender if you can’t hose it out,’ the detractors say. ‘All those electrics will go wrong,’ they go on. ‘It’s too expensive, it’s too fashionable, and you won’t be able to fix it with a hammer and a few bits of string.’

Right. Well, let’s deal with those points one by one, shall we? Firstly, no, you can’t hose it out. But then neither could you really hose out the old one on a regular basis, unless you wanted all the water collecting in the floorpan to cause it to rot by the end of the week.

No, the new Defender won’t be bought by farmers or tree surgeons or gamekeepers or estate managers. But neither was the old one. Oh sure, 30 years ago, maybe. But by the time the old Defender was on its last legs, anyone who really needed a rugged off-road vehicle for work had turned to a modern pick-up truck.

The Defender was simply too old, too compromised for such a job. Instead, it had become a plaything for the wealthy; a genuine classic icon that, because Land Rover had forgotten to stop selling it, you could still buy brand-new. If you wanted character, charm and cool looks, you bought a Defender. If you wanted a workhorse, you bought something else.

So what about reliability, then? Well, a famous Australian saying goes that if you want to go into the bush, you take a Land Rover, but if you want to come back, you take a Toyota Land Cruiser. That reputation came off the back of the old Defender; it’s hard to see how the new one could be much worse.

And the price? Well, no, it isn’t cheap. But ever it were thus. A brand new 110 station wagon in 2016 would have set you back £33,000 or so. Three years later, that price now stands at £45,240. Given three years have passed, and how much more you’re getting – which old Defender came with dual-zone climate control and an eight-speed auto, for example? Not to mention the same legendary off-road ability – that doesn’t sound unreasonable.

The thing is, I get it. The new Defender isn’t as instantly honest or loveable as the old one. It is the product of a large corporation driven by profit – not the result of the derring-do of a handful of very clever engineers that brilliantly fitted an as-yet-unfilled niche. It will almost certainly not be a car that becomes a part of the national culture, like the old one was.

But the Defender had to change. It couldn’t stagger on forever. It was old, crude and dated, and because of that, fewer and fewer people wanted one. Sure, Land Rover could have built a cheap, basic, modern version, something akin to a Suzuki Jimny. But then us enthusiasts would have gone ‘Coo! Look at that!’, and then absolutely nobody would have bought one.

Instead, its replacement is modern, efficient and spacious, and into the bargain, it looks cool, too. Wishing we still had the old one instead, or a mildly updated version thereof, is like longing for a return to the ‘good old days’ of dial-up internet.

Above all else, the old Defender was a car for its time; a vehicle perfectly designed to meet the needs of its end user – the farmer or land-owner who needed a rugged vehicle, the like of which simply didn’t exist back then. And that, really, was the secret to its success.

The modern Defender’s end user has changed. It will be bought by active families, wild campers and trendy urbanites. Crucially, though, it is no less able to meet their needs. It comes with five, six or seven seats and a huge boot; the flooring is rugged and wipe-clean; there’s a host of accessories to help you live your active lifestyle, such as an external shower, a waterproof awning, and even a pet ramp; and you can get it with all the mod-cons you care to mention. There’s even optional on-board wi-fi. Your Defender, in other words, is whatever you need it to be. Sound familiar?

In that way, it is as much a car for its time as the old Defender was. But above all, it’s about as exciting and beautifully designed a successor to the original as we could have hoped for. And instead of deriding it, I rather think we should be celebrating it as such. 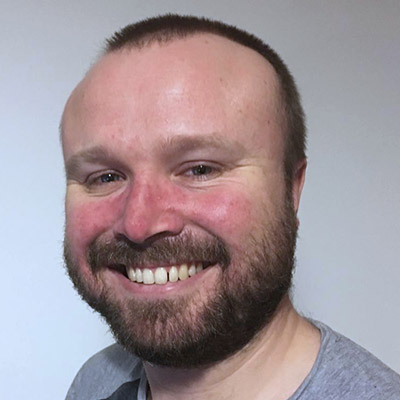