You know when you sometimes get a flash of inspiration - sometimes in the shower, or on the loo or while standing in a crowded train. And then usually on reflection think - nah, probably a waste of time.

But sometimes you actually execute on the idea. And then it takes off. And then you realise you probably should have thought that through a little better.

Well, James May's Mail Time was one of those. Nothing complicated - people send in stuff and we film James reviewing it. He decides to keep it or donate it to the person who posts the best begging comment on DriveTribe. And it's sort of about cars, mostly.

And it took off. Now on Episode 5 we have got so many parcels in our office staff are having to burrow through them to find a desk to sit at.

It all started with this trailer, which as you will gather from the production quality, was a bit of a quick throwaway idea. Although when we get around to getting Andrew Lloyd Webber to write "DriveTribe, The Musical" - I'll claim this was down to our amazing internal process of testing ideas cheaply before investing in them.

And then this happened.

This photo is in a corner of our video production suite.

• We have already filled up our spare junk room.

• The post room in our rental office is overflowing much to the everlasting enjoyment of the poor post guy who sits in there.

• And don't mention the bike shed, particularly to anyone who wants to park their bicycle.

Anyway, if you have a little time to kill you are very welcome to check out the James May Mail Time series on the DriveTribe YouTube channel (videos below - but be aware, you will not get that hour of your life back).

And now each episode is trending on YouTube as soon as we publish it - we are opening it up for sponsorship - if you fancy getting involved drop Dave a line at commercial@drivetribe.com or send me a DriveTribe Direct Message whatchamacallit.

So there you go, a quick in-the-shower idea takes off. Although for the sake of our office sanity we may need to stick to baths for a while.

If you want to follow new episodes as we publish them then like us/ follow us on YouTube or join DriveTribe of course (if you have not already) - https://drivetribe.com for more of this sort of nonsense / brilliance.

And for those of you who have seen all the episodes - which was your fave? 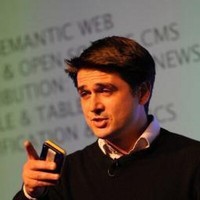