In a competitive tender against more established players, DriveTribe partnered with Joe Media to support the launch of the Renault Megane RS, while also celebrating the brand's arrival in the virtual world of sim racing platform, Project Cars 2.

When defining the audience for their new hot-hatch, Renault identified gamers as a niche segment within their broader target market of millennials and Gen-z customers.

DriveTribe was in-turn identified as a key channel that could combine the separate worlds of gaming, with hot-hatches – the former represented by the significant number of relevant communities with DriveTribes “Gamer” vertical.

Over the course of two months Renault heavily branded both the DriveTribe Gamer vertical as well as Joyride, DriveTribe’s spin-off App targeted at a younger mainly millennial audience. Both channels effectively turned “Renault-yellow”, adorned with logos and dominated by a takeover Renault display advertising campaign.

In addition, the Gamer vertical played host to a high frequency content campaign that included DriveTribe originated articles, Renault originated content from their e-sports competition, as well as a multi-part video series developed by DriveTribe in conjunction with renown sim racer Jimmy Broadbent.

The Joyride App meanwhile demonstrated the value of one its most popular pieces of functionality – Spotting – an area of the App where users take photos of cars on their mobile and then upload them to Joyride for wider appreciation. During the campaign, we lent a Renault-feel to Spotting by setting a competition for users to find, photo and upload their best Renault spots. The competition in effect brought the world of Renault and hot- hatches to the mobile desktops and photo galleries of Joyride’s concentrated community of millennials and gen-z users. 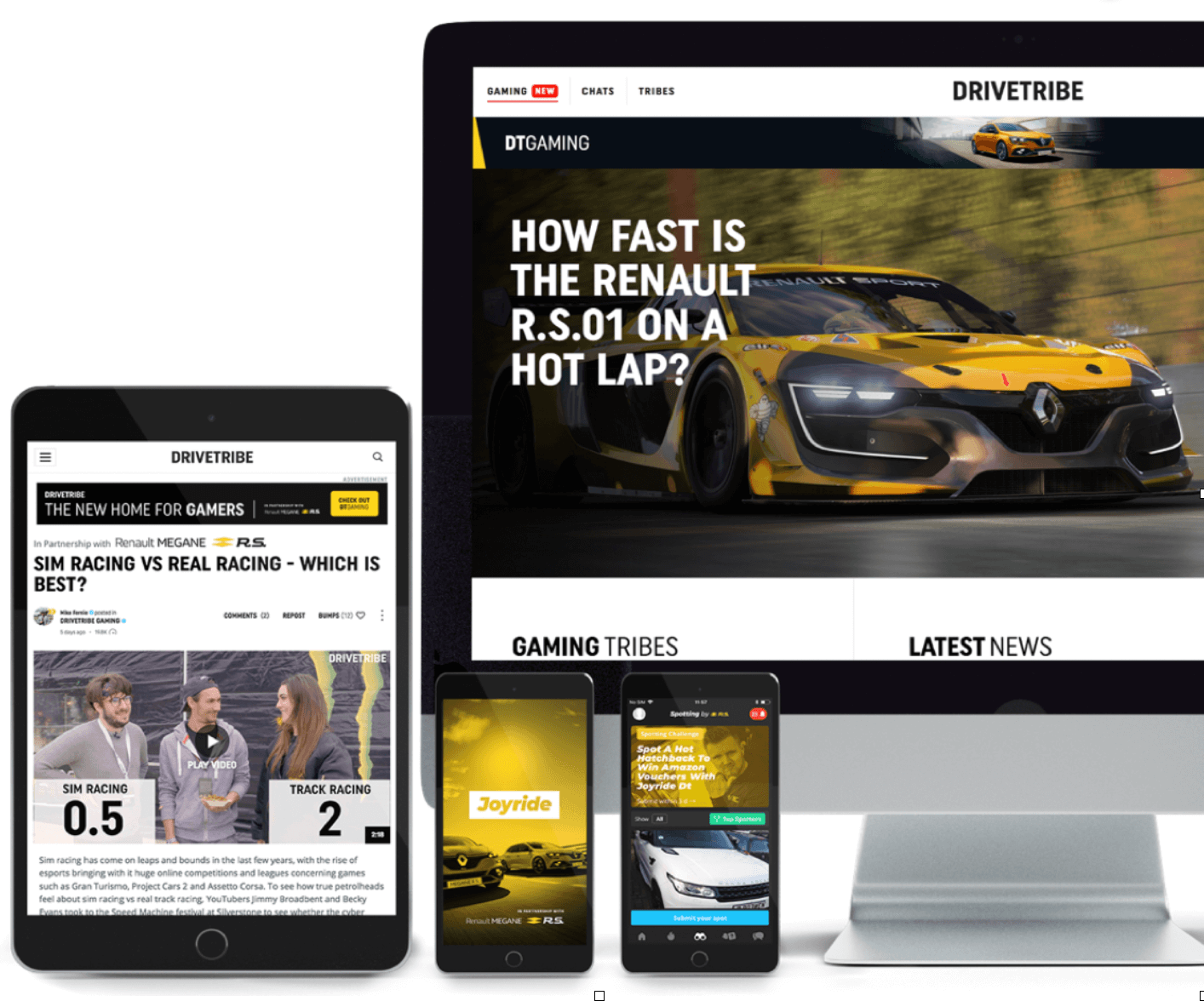 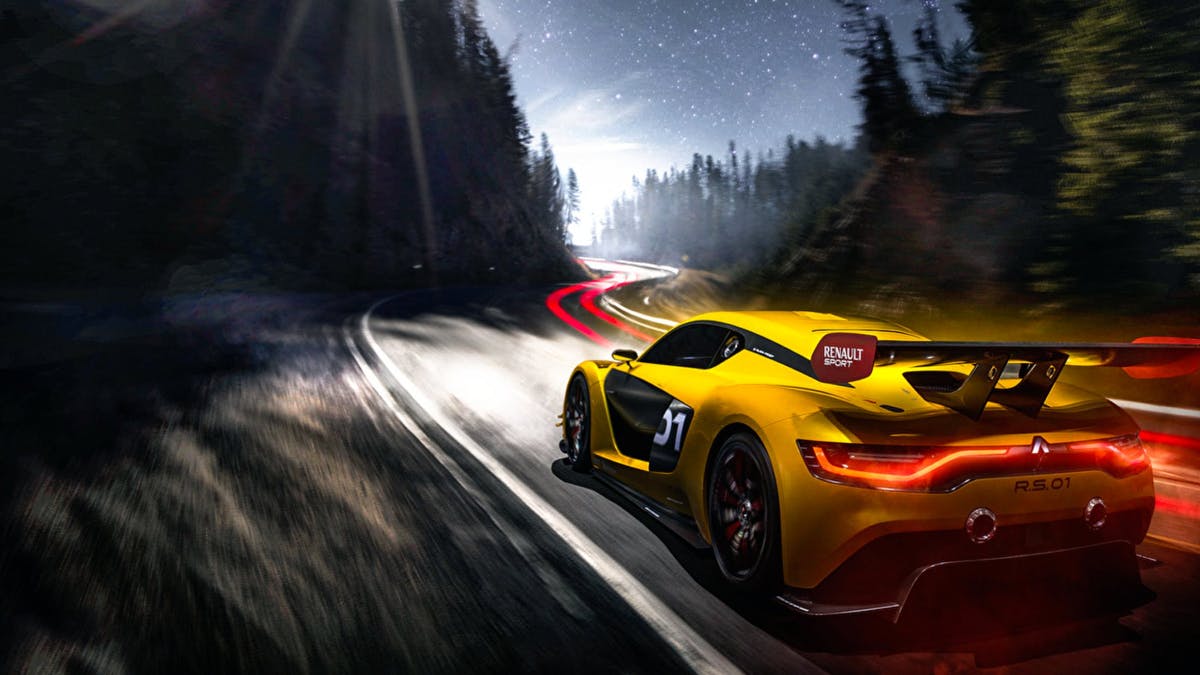 Adam Wood, Marketing Director, Groupe Renault UK
We know that gaming and sim racing is a core passion for the Mégane R.S. audience, so partnering with DriveTribe and the new Gaming Vertical to bring this integration to life is a really great fit
CONTACT ME