Our award-winning campaign for Audi positioned DriveTribe as a key marketing pillar in the pre-launch promotion for one of the most significant car debuts of the year: the Audi e-tron, a vehicle that represented the German car maker’s entry into the electric vehicle market.

Audi's eight-month sponsorship programme aimed to create pre-launch anticipation and interest through an ongoing stream of announcements, reviews and product reveals, primarily targeting electric vehicle purchase intenders and opinion formers. All content was hosted in a dedicated Audi Electric community as well as promoted to lookalike audiences across DriveTribe and its social accounts on Facebook, Twitter, Instagram and YouTube.

By the time the campaign completed the Audi Electric community had over 140,000subscribers, with content viewed some 20 million times.

In choosing DriveTribe, Yvonne Hippner, Director of International Marketing Communication at Audi recognised the opportunity “to create a dedicated community for Audi Electric, through which it could build an ongoing narrative, combining contributions from Audi alongside influencers, journalists, community members and DriveTribe’s editorial team.”

The campaign launched in April 2018 with a live stream exclusive reveal of Audi’s new electric race car, the e-tron Vision Gran Turismo, the first car to make the transition from the Virtual World of gaming into competitive real-life racing. Over the following months, DriveTribe demonstrated the versatility and dynamism of its platform, publishing a range of formats including, video, long and short form articles, picture-stories, memes, quizzes and polls.

With DriveTribe given exclusive access to bespoke Audi content and events, the editorial and production teams traveled the world to experience the e-tron on a series of test regimes and pre-launch reveals. Trips included Nambia, Scotland, Spain, Germany and the final reveal of the e-tron in San Francisco, California. Each of these trips brought the car to life in a way that captured the excitement and importance behind the launch.

Commenting on the campaign, DriveTribe CEO Jonathan Morris said, “the campaign demonstrated our ability to deliver engagement through a diverse set of editorial and media assets.We covered every angle from the e-tron’s engineering and unique features, through to the practical enjoyment and everyday capabilities of owning an EV."

Trade marketing magazine, The Drum, who awarded the work its “CommericialCampaign of the Year” in its 2019 Online Media Effectiveness Awards, described the campaign as “educating millions of drivers on the subject of electric vehicles, changing perceptions and sentimentwhile driving purchase intent.”

Adam Nunn, Global Business Lead at PHD Global Business, who planned and coordinated the campaign, described it as “leaving a legacy ofover 140k followers on Drivetribe that we can revisit at any point. Over the course of the campaign period we saw purchase intent amongst that community shift markedly, with propensity to consider buying electric amongst the target audience, increasing from 23% at the start of the year, to 69% by the end.” 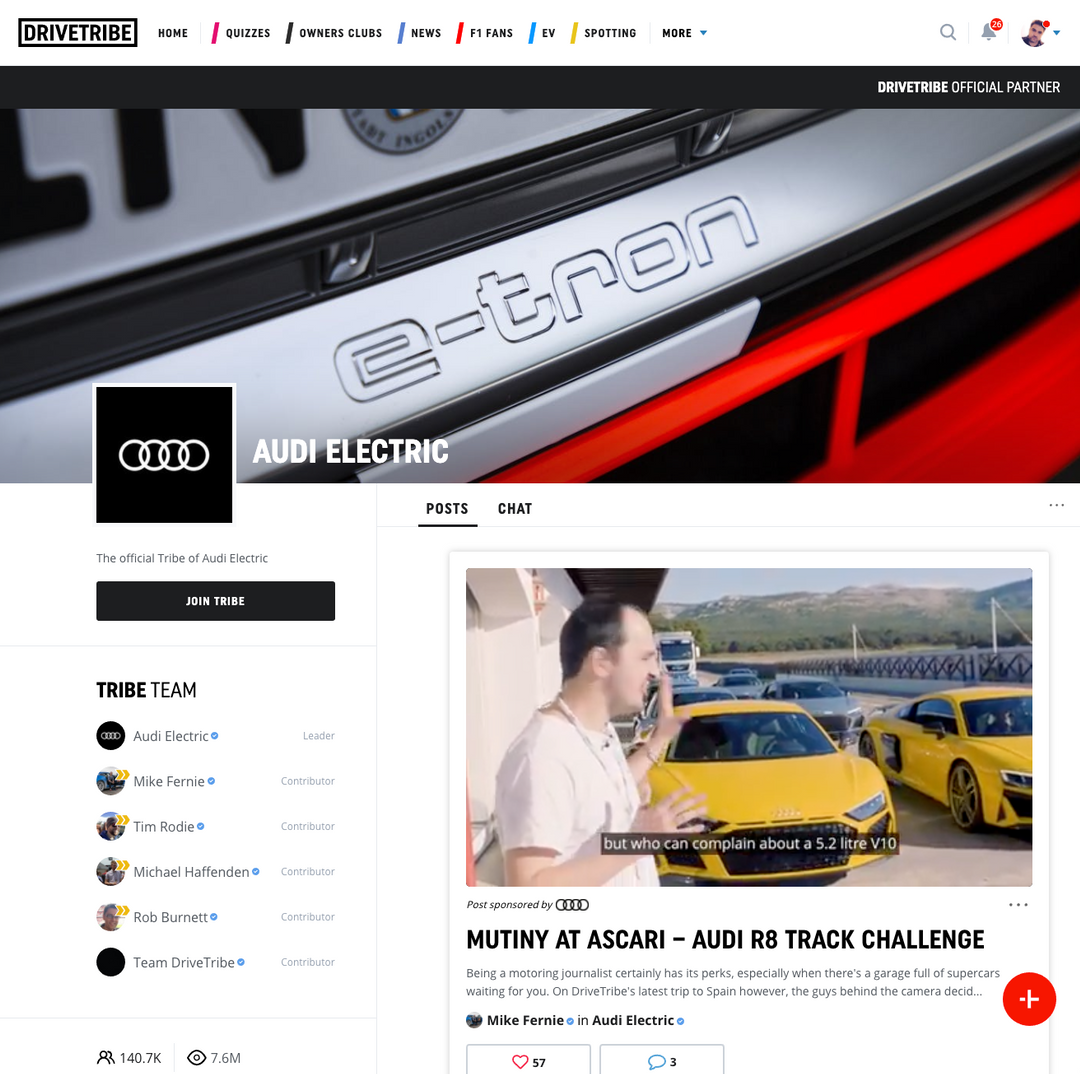 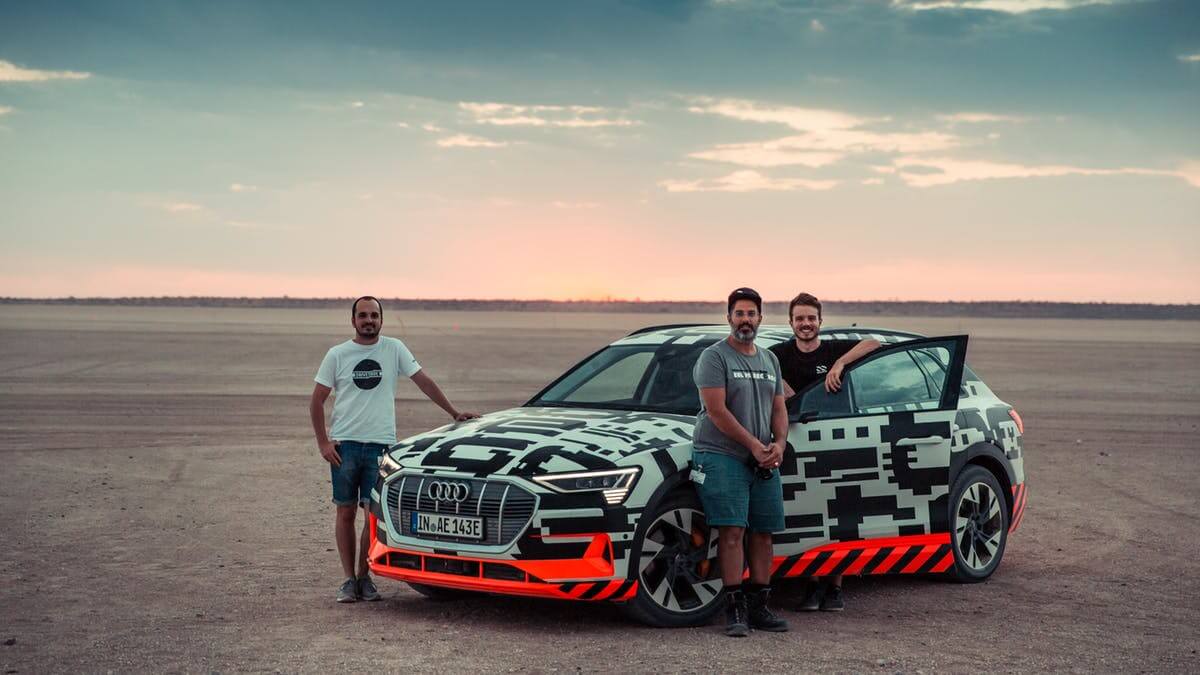 Yvonne Hippner, Director of International Marketing Communication, Audi AG
“from a messaging point of view, we were able to tell the story of the e-tron as it progressed towards last November’s launch date. We were also able to thread that message into discrete sub-communities on DriveTribe, ranging from everyday car buyers and electric vehicle early adopters, through to niche groups such as online gaming tribes, able to experience Audi’s virtual electric racing cars.”
CONTACT ME