We are a community of celebrities, journalists, influencers, automotive brands and everyday contributors. DriveTribe is a rich mixture of content, thought-leadership and social engagement from every corner of the globe.

We're not just for petrolheads

Founded and guided by the same trio that set the standard for automotive lifestyle shows (Jeremy Clarkson, Richard Hammond and James May) - we serve both niche and mass-market interests. We are a place that mirrors peoples' changing relationship with cars and transportation and where views on brands are formed and shared.

Twenty verticals, two Apps
Structured into twenty verticals we cover every aspect of automotive culture and lifestyle through a mobile-friendly web site and DriveTribe App. We also have a "some might say" racy sibling App, Joyride, targeted at a younger millennial and generation Z audience.

Social and engagement-driven publishing
DriveTribe is a digital-first company guided by social interaction. You're welcome to drive-by, read and contribute. We're also here to empower amateur contributors, the journalists, designers, photographers, film-makers and influencers of tomorrow.
‍
Globally distributed, locally relevant
With an audience that appears wherever Clarkson, Hammond and May have a fanbase, we cover the globe with tailored content for regional audiences.

Curated by our global network of Ambassadors we offer an increasing list of local country versions including the US, Australia, much of Europe as well as key growth markets like China, India and the Middle East 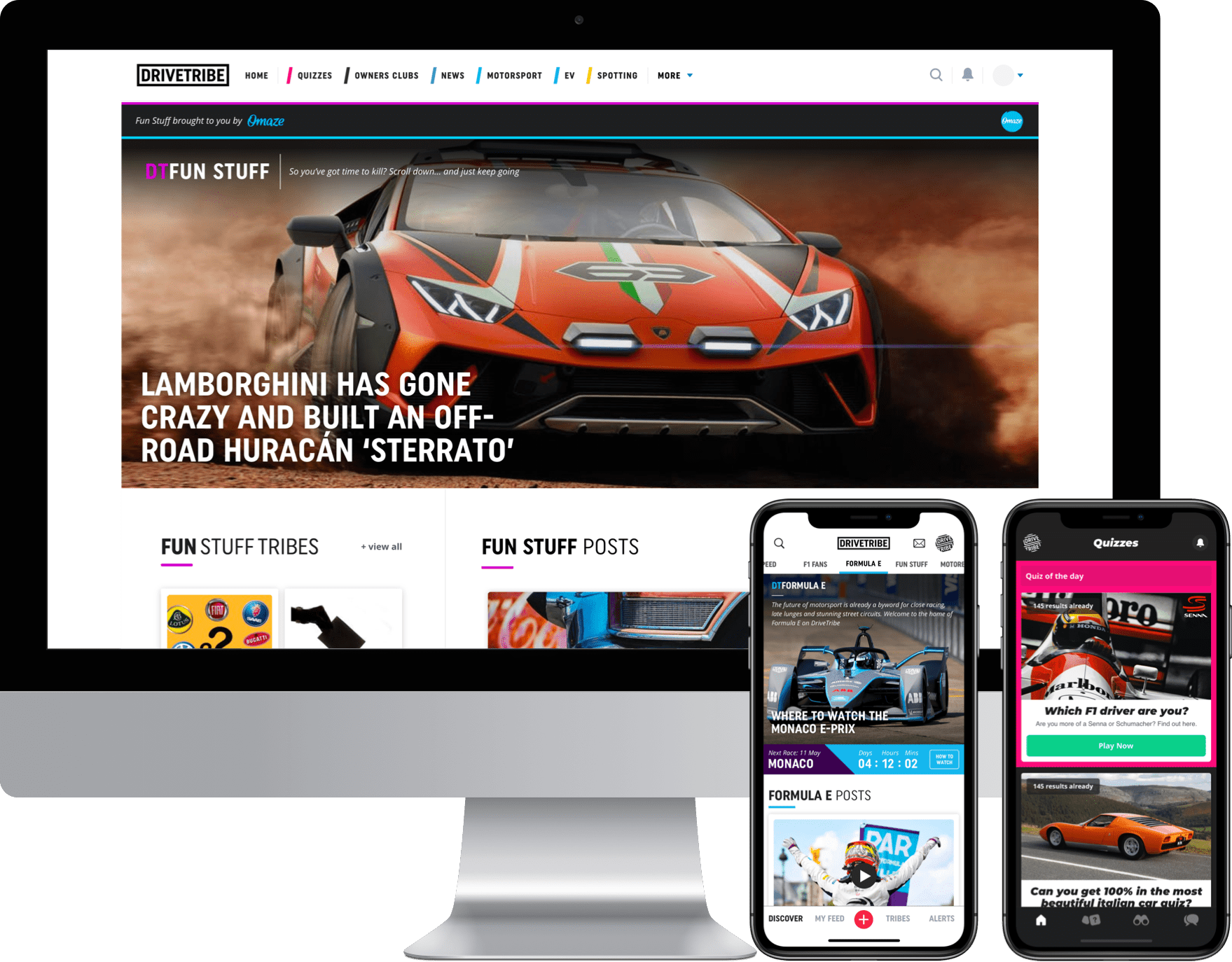 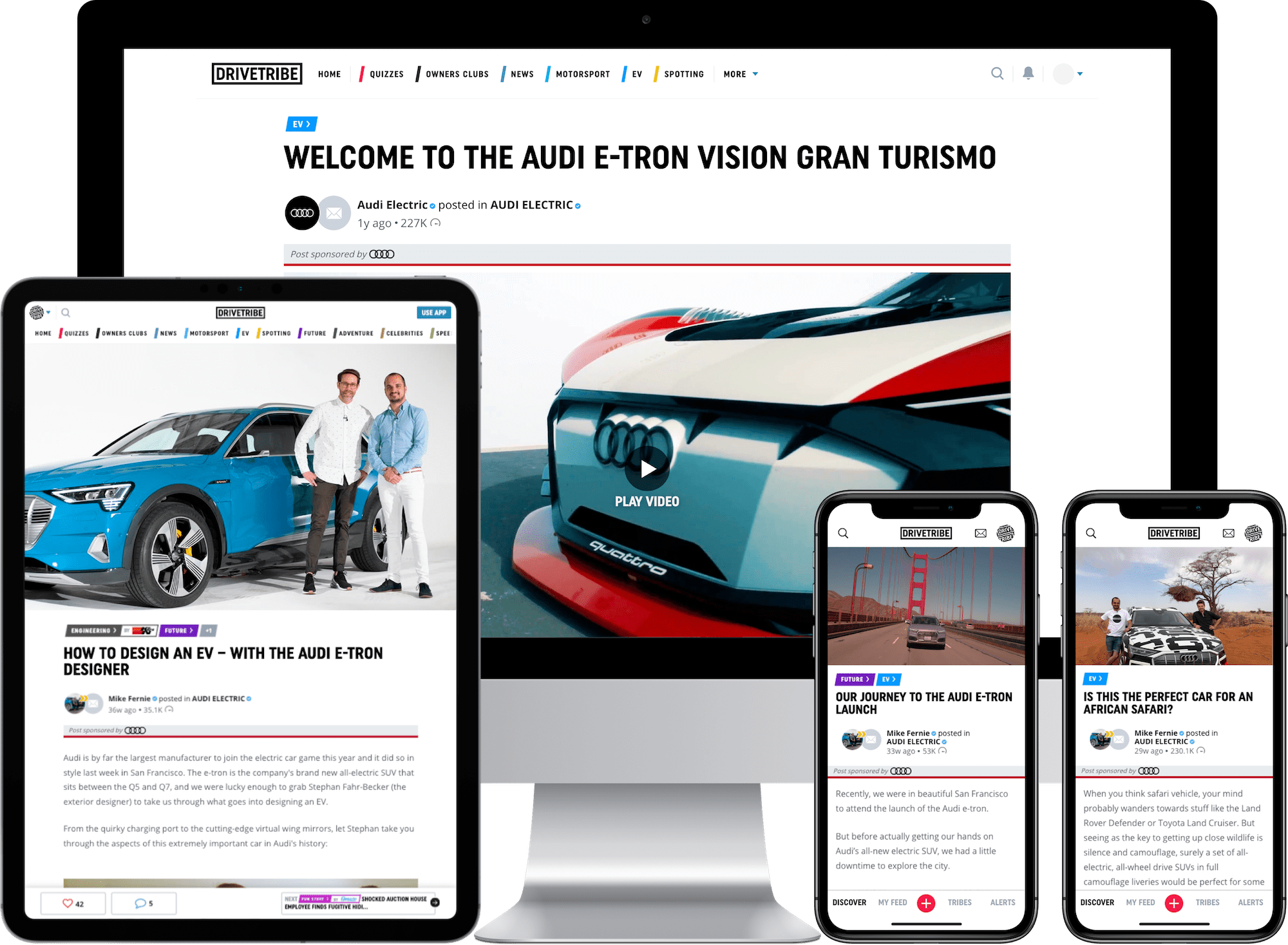 Our in-house team will source contributors, create scripts and build a stream of content to the highest production standards

We'll curate your content across our platform and social channels, building reach and targeted audience engagement

Can I set up an organic presence and by-pass payment?

Anyone can set up a profile on DriveTribe and then begin posting content. However, while our Ambassadors are constantly looking for good content to promote across the platform, with some 2,000 items of content uploaded every day, there is no guarantee that yours will make it to the Home Page or targeted sub-communities. Additionally, as with all social platforms, you'll need to build a decent quantity of followers before you reach that "tipping-point" where your content is regularly shared. Purchasing a paid promotion accelerates you through this process, guaranteeing exposure and targeted delivery.

How do you discover and target relevant audience segments?

Our community is our most prized asset, it has grown organically into a vibrant mix of personalities from every corner of the globe. In fact many of them have become friends that we speak to on a near daily basis. We also have a highly intelligent data insights platform that works in accordance with GDPR to track the daily buzz and conversation across the platform. The combination of being close to our community and understanding the broader "chat" on our platform, puts us in a strong position to know where to reach relevant audiences and how to find advocates that will share and support your message. A benefit of a paid campaign on DriveTribe is that you get access to this insight, you get professional dedicated support able to curate and share your content to broad or niche audiences; whatever your requirement.

Can I use DriveTribe produced creative assets on my own web site and other marketing channels?

Yes - we would encourage you to extract additional value from the creative we've produced on your behalf. We can also assist you in editing separate "cuts" of your work and/or supplying original files that you can format yourselves. Either way its important that you should maximise your investment by re-purposing and re-using your content assets on other suitable platforms.

How can I realise value from my existing brand Ambassadors?

If you have celebrity or influencer Brand Ambassadors, DriveTribe is the perfect place to leverage your investment and extract their value. We have many examples of content featuring third party Brand Ambassadors - video features, Q&As, interviews and driving stories. In fact, they provide one of the best ways to grab user attention, while authentically featuring your brand in a way that can add context and value to your presence on DriveTribe. If you decide to produce content featuring your Ambassadors, we would be happy to advise on how best to feature them on DriveTribe and other social platforms

I have limited content-generating facilities but would like to build a sustained brand presence on the platform, cost effectively

There is an easy solution that also enables you to acquire a ready band of advocates. DriveTribe will recruit a hand-picked selection of community writers who will generate content into your section, while inviting some of their own followers to also join and contribute. We will select writers on the basis of their written skills, reliability and popularity. While paid a retainer, they will be encouraged to write with an independent and authentic style. We will not be asking them to endorse your product, merely to complement your brand narrative. Writers will be recruited on a rolling monthly basis, providing an flexibility and choice. You will benefit from community writers, compiling content with an everyday mindset, conviction and authenticity.

Can I use my own creative assets, including video, on DriveTribe?

Yes - if you have video, editorial and photo assets developed for your own web site, YouTube or other channels, you can extend and deepen their reach by additionally using them to target hyper-precise communities and interests on DriveTribe. It's a cost-effective way to gain a high impact presence, minimising the need for additional content origination, saving time and allowing you to extract further value from your marketing assets. Furthermore, if you need additional "cuts or edits" of your content, for example for social marketing, DriveTribe's in-house team can provide expert advice and assistance on editing for all social formats.

Can you find me brand advocates to feature in my content?

Yes, in fact we'd say its a core competency! With friends like Clarkson, Hammond and May, we find it relatively straightforward to tap up other celebrities and influencers to star in our commercial work. We're experts in knowing what rate to pay and can guarantee you some interesting choices at a competitive price. Whether you're trying to gain access to a top flight racing driver or film personality, or if you're looking for everyday enthusiasts amongst our community of contributors, we can help you source the right Ambassadors and representative for your content and Brand. 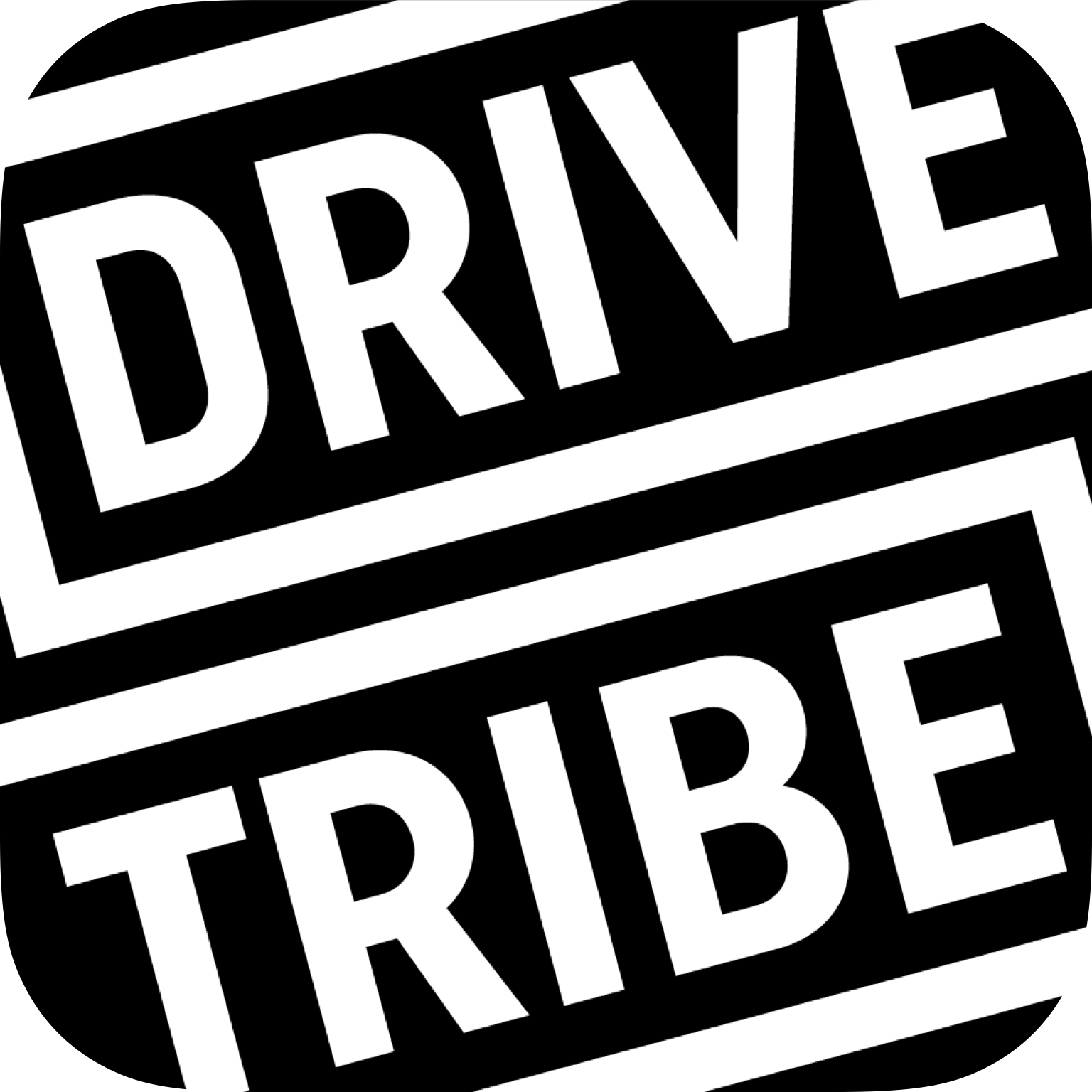 Optimised for iOS and Android usage, the App has been downloaded over 650k times, providing instant mobile desktop access and push notifications for our most intensive users

With a swipe-able easy to to scroll navigation, it's a synch to browse our twenty content verticals 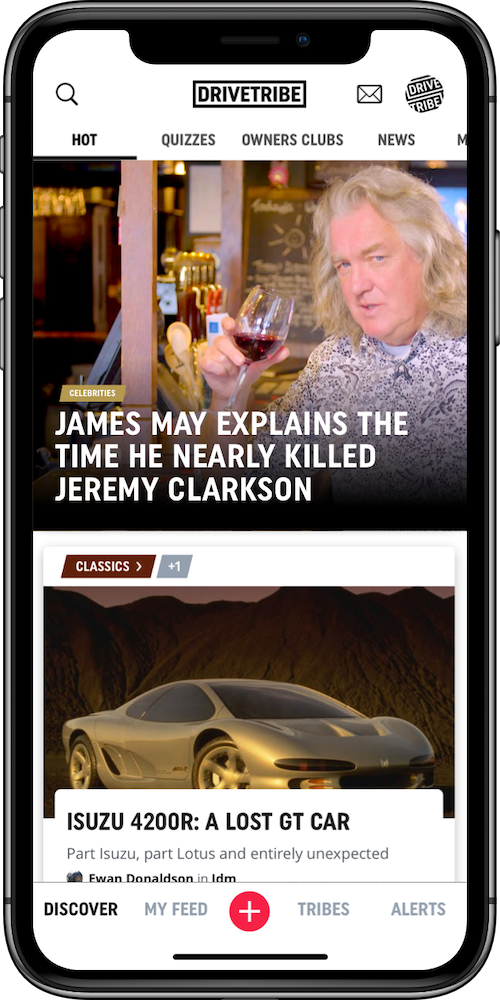 Catching a livestream video, browsing our archives or taking a quiz, with instant alerts and recommendations to help you find your favourite features. 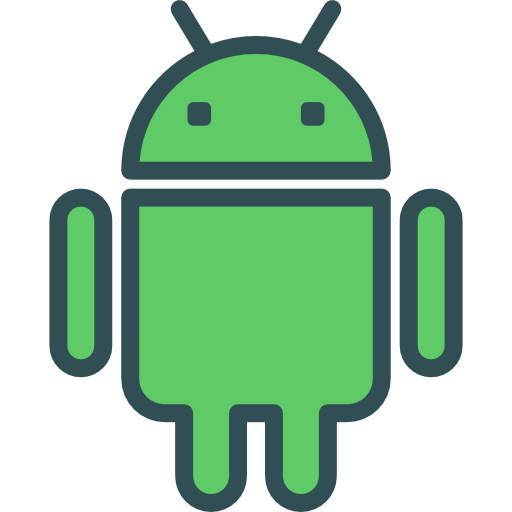 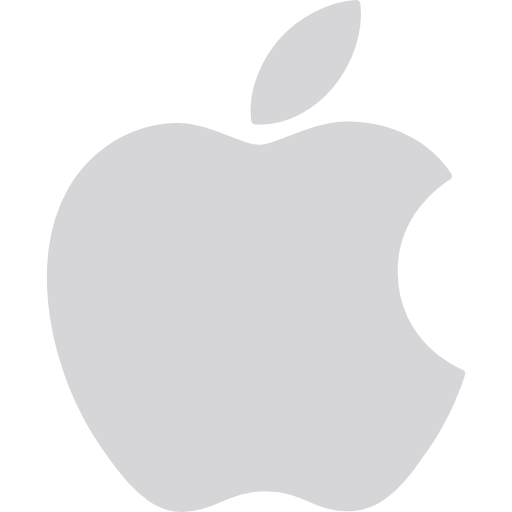 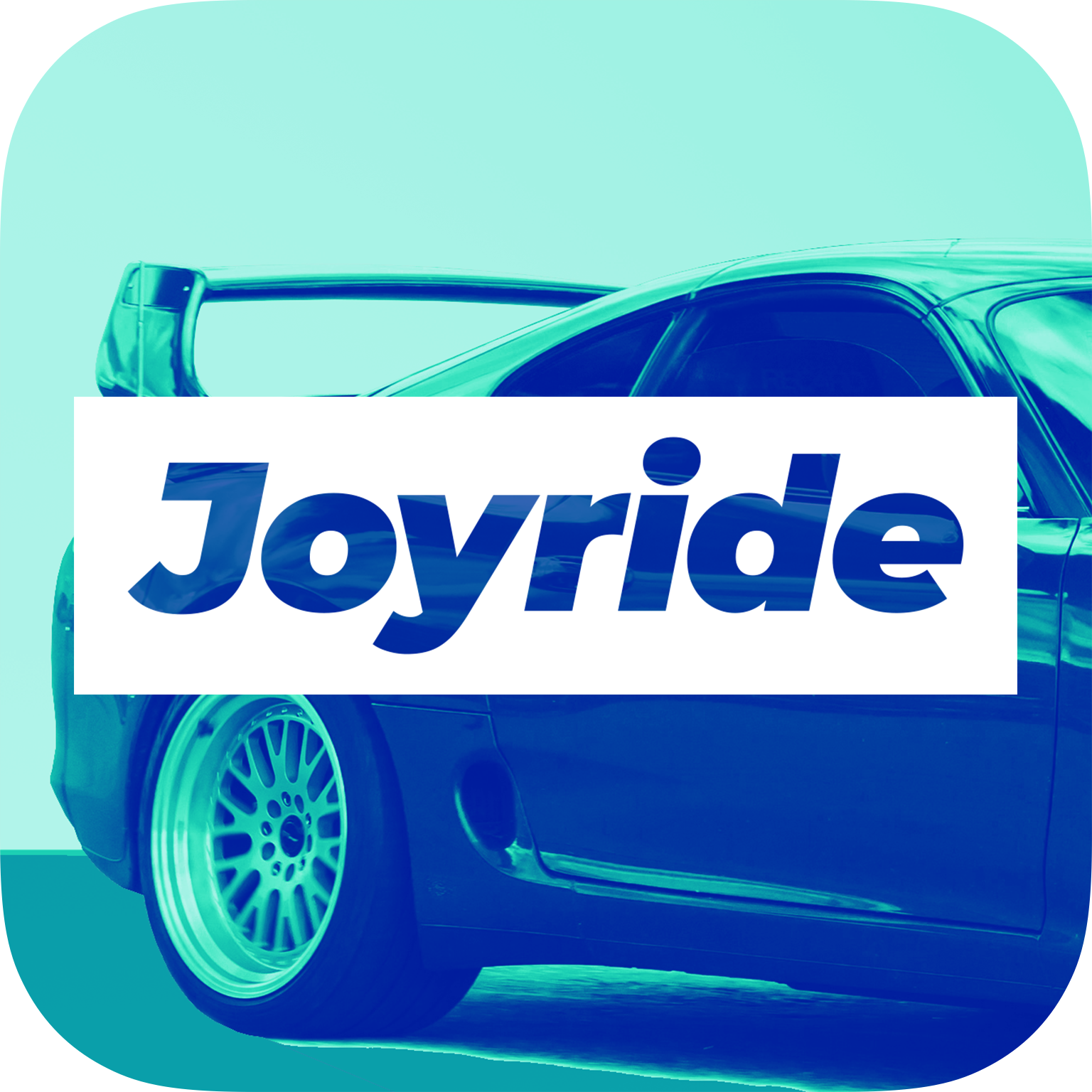 Optimised for iOS and Android usage, the App targets a younger demographic than DriveTribe, short-form content with attitude, easy to rate, easy to comment 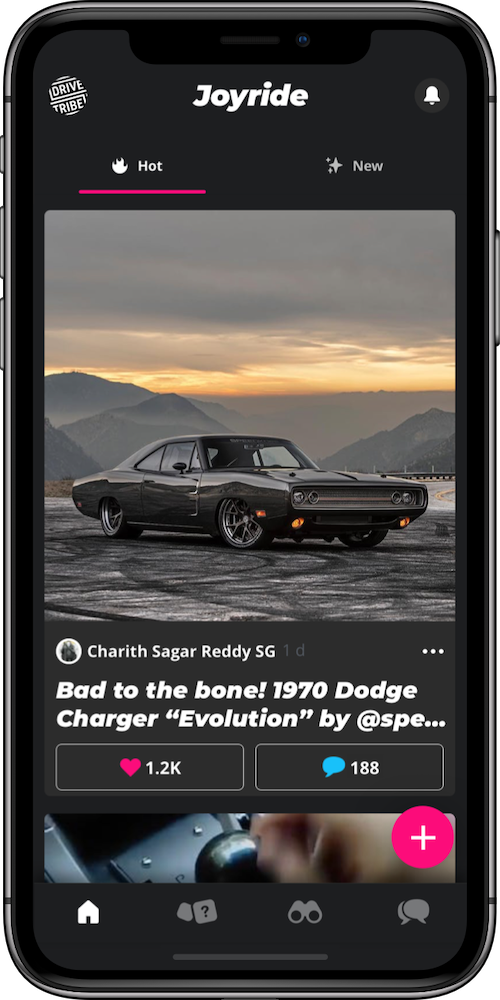 Car spotting is officially massive... upload and rate cars seen and shared by readers from around the world

A stream of emoji-driven conversation, where readers' rides are rated and roasted

IPHONE
Who We Are

We're a technology-first company with a digital start-up mentality.
We've been known to release new products on a Friday evening, safe in
the knowledge that our team will be on hand to handle any issues.
Below is a selection of our senior management, sales and editorial team. 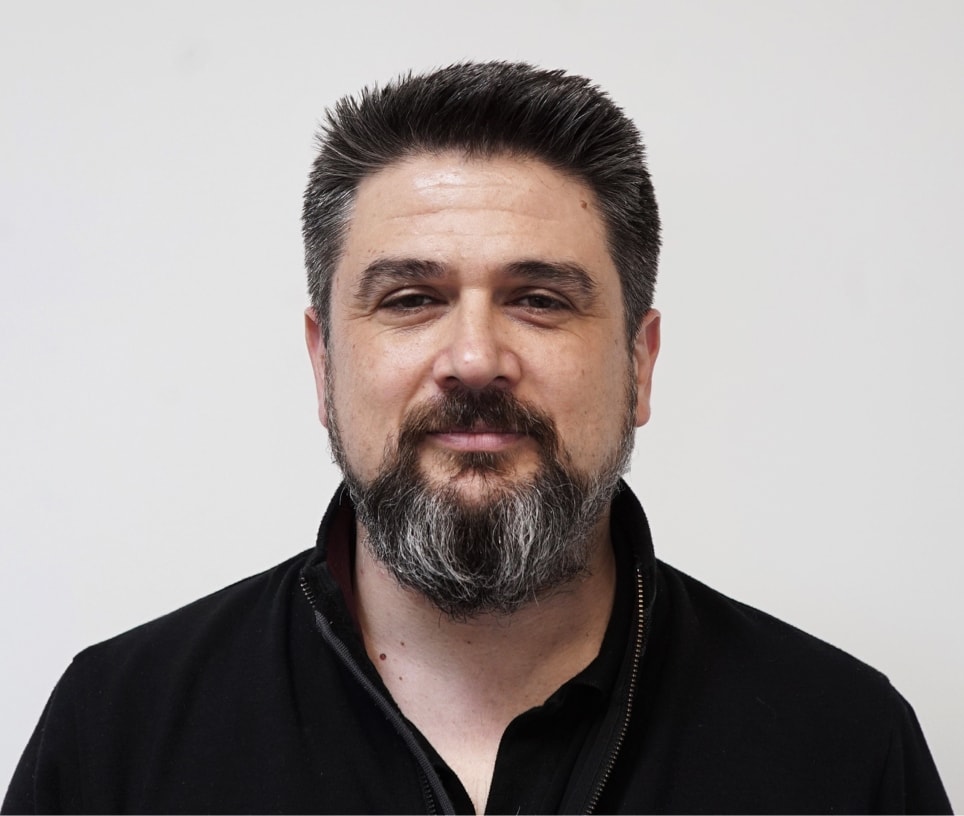 Jonathan was previously CEO of Imperem, CEO and Founder of Userly Ltd (a mobile development start-up), CEO of Ideascape Ltd and was a Techcrunch50 finalist as the Founder and CEO of TheSwop. Jonathan also worked as CTO at Credit Benchmark, Markit, COO at Data Explorers, and held senior technology and product positions at Thomson Reuters and the Financial Times. 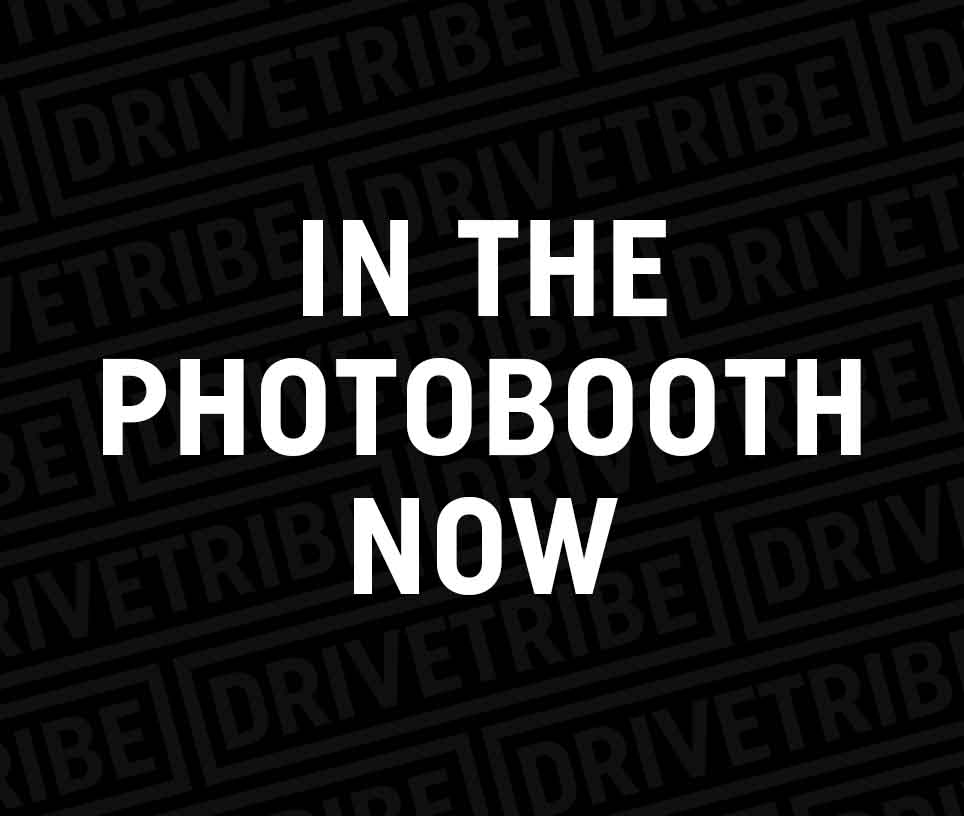 Dylan manages all finance, legal and operational areas of the business. A chartered accountant by trade, he began his career at KPMG amongst other big corporates. In 2014 he made the switch to the bustling London tech start-up scene, joining SwiftKey which was acquired by Microsoft for $250m in 2016.

Dave is responsible for all things commercial. He runs a team of highly engaged sales people who aim to deliver clients maximum results from their campaigns. His career spans all types of media, from traditional print and OOH to mobile and digital advertising. His experience in automotive includes as a Sales Director at New Zealand’s biggest integrated media company where he spent 4 years before returning to the UK. 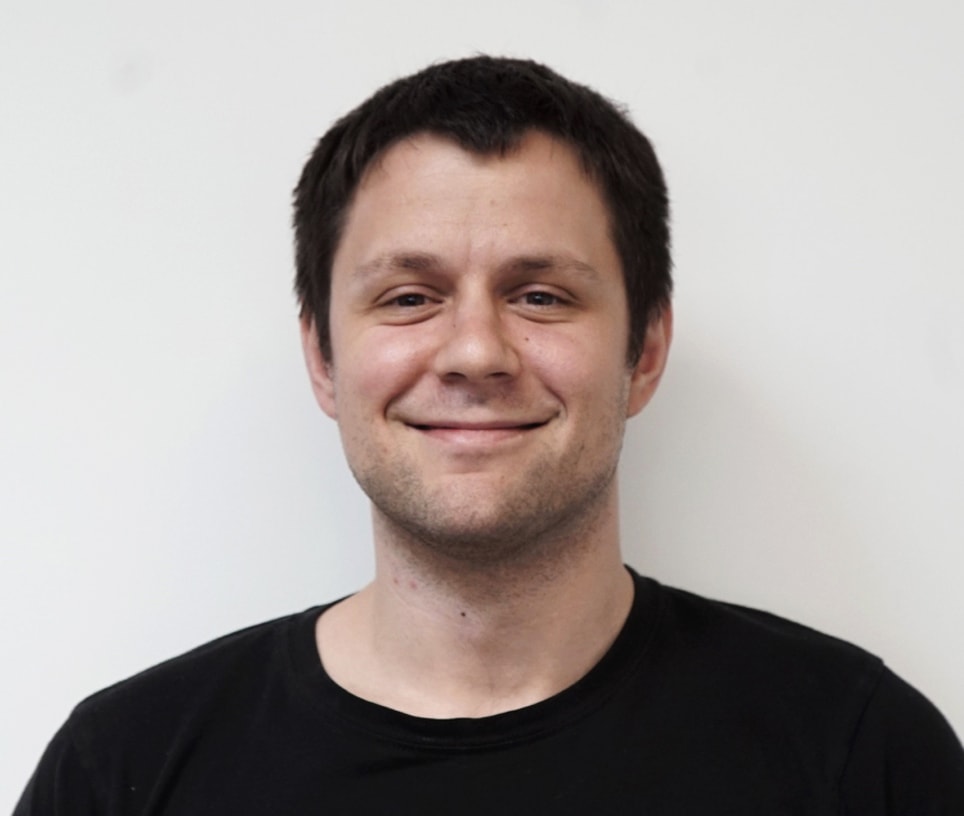 Aris is a distributed systems researcher turned tech entrepreneur who has built the tech stack for various start-ups. He’s too modest to say he was top of his class at Uni and has published numerous learned papers. Meantime he chases the tech dream. 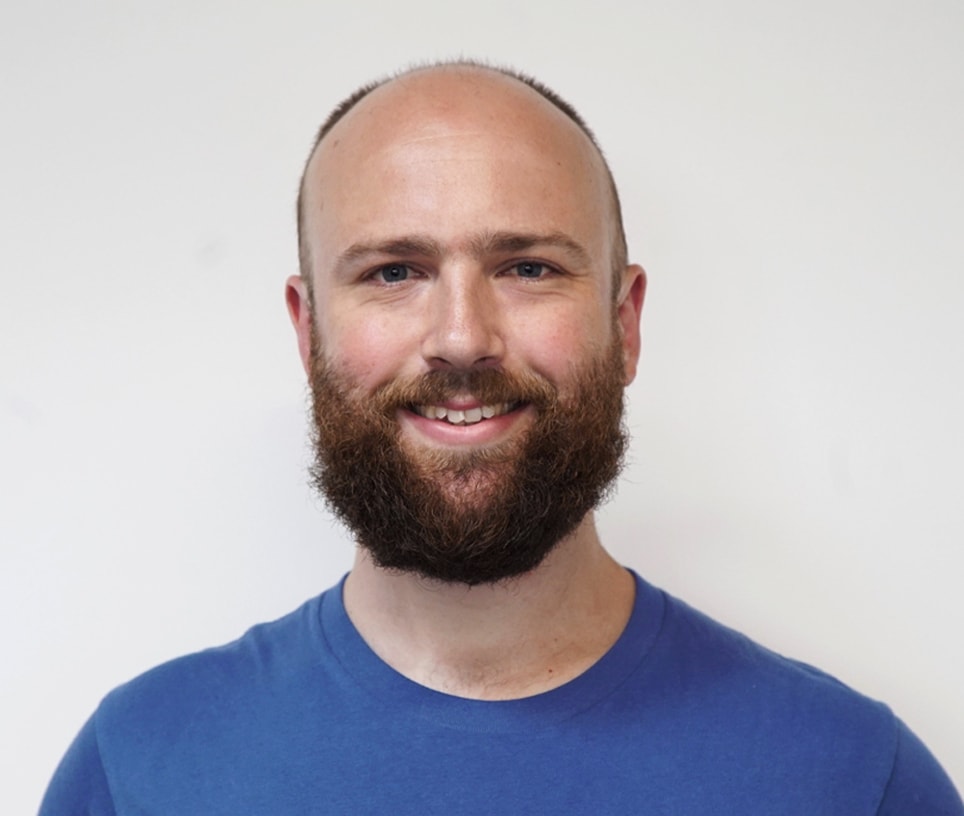 Tim is a motoring journalist responsible for managing all our editorial output and ensuring DriveTribe has one of the friendliest – and most engaged – automotive audiences in the world. He has over a decade of editorial experience from his previous roles at carwow, Haymarket and Volkswagen Group – and used to write Butlins brochures. 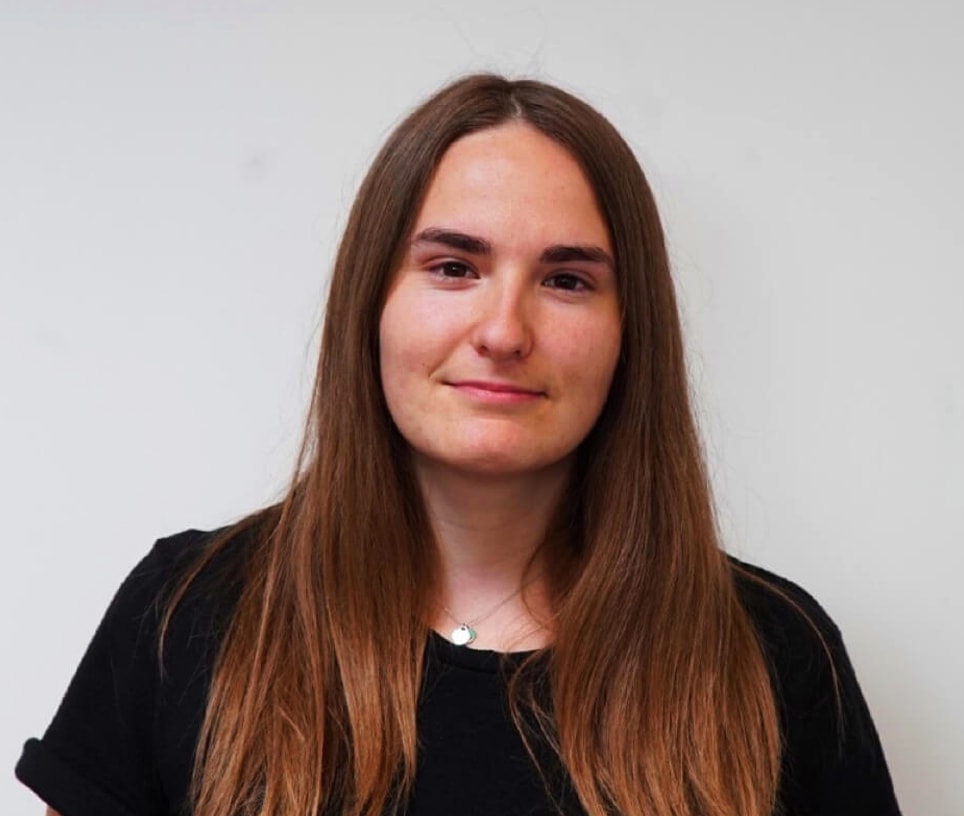 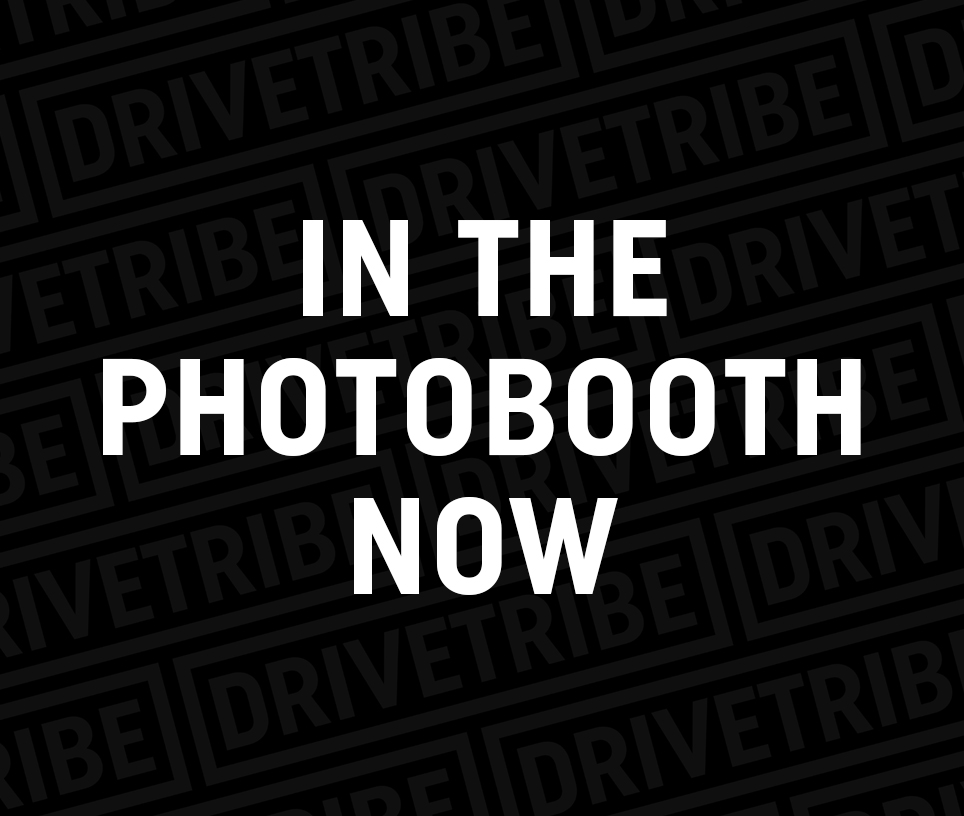 As a Detroit native, Traci began her automotive media career on the agency side, before shifting over to the publisher world.  Her 20+ year digital publisher background spans publishers such as AOL, About.com, Townsquare Media and Group Nine.  She joined DriveTribe and FoodTribe in 2019 as the VP, Sales for the US and Canadian markets. 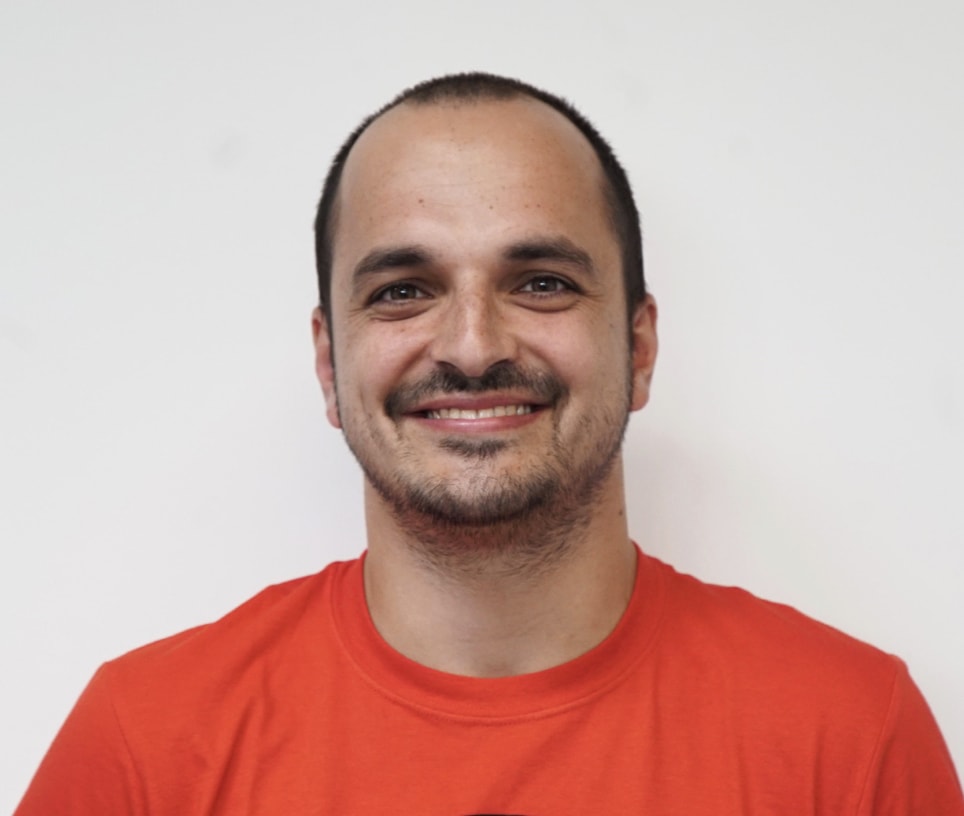 Mike is a presenter and staff writer, while also being a qualified mechanical engineer. Writing technical content as well as driving the latest cars on sale, he's establishing himself at DriveTribe after previously working for Car Throttle and gaining experience at Auto Express. 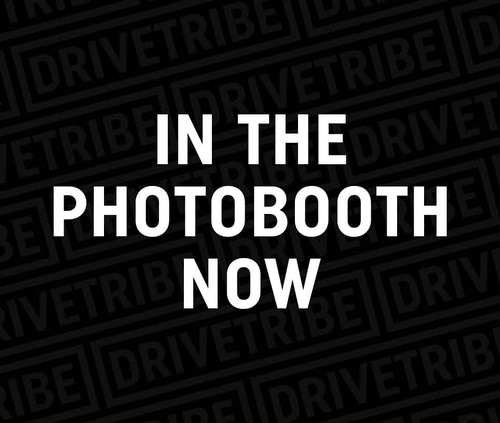 After five years as a newspaper journalist, Phill moved into motoring in 2005. Since then he's worked for a range of car magazines and websites, including Fleet News, crankandpiston.com, Autocar and AutoTrader. He joined DriveTribe in 2019 as production editor to help run the editorial team and develop commercial content.